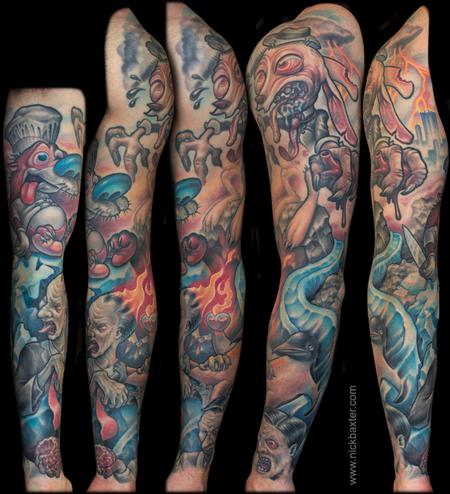 This fun and hilarious sleeve on my good friend Nick came together over the course of almost 10 years, with long breaks as he pursued a law degree and became a lawyer, and now a fledgling sommelier career in the culinary arts. We first began with the lower half, consisting of evil corporate zombies and the sliding penguin from the movie Fight Club holding a heart-shaped molotov cocktail. Over the past 3 years we completed the top part, consisting of Nick's favorite childhood cartoon Ren and Stimpy, stylized as a zombie business man and a chef.